All The Books That Are Turning Into Movies This 2020!

Looking for some new additions to your book collections?

Then add all the books that are turning into movies this 2020 to your lists today!

It’s time to catch up on some reading! Especially since the Big Bad Wolf Book Sale is just around the corner! And we’ve got just the list to add to your reading collections.

There is always some level of conflict between readers and moviegoers, whether or not the book or the film was better. And we’re not getting into that! So instead of fighting about it, why not read all the books that are turning into movies this 2020? That way you can have a better opinion from both viewpoints! 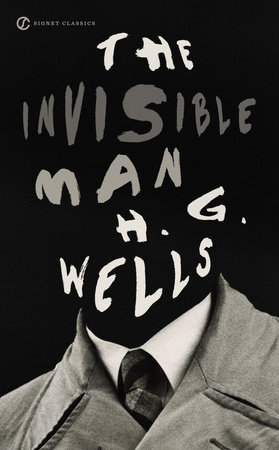 The first on our list of books that are turning into movies is the 1897 classic by H.G Wells, ‘The Invisible Man’. Although this film is more of a loose adaptation of its 1933 film predecessor of the same name. It stars Elizabeth Moss as Cecilia Kass who is in a strained and violent relationship with wealthy brilliant scientist, Adrian Griffin (Oliver Jackson Cohen). After things take a turn for the worse, she decides to run away from him and he ends up taking his own life. Soon after his supposed death, Cecilia is convinced that she is being hunted by something nobody can see.

Death On The Nile

If you loved ‘Murder On The Orient Express’, then you’ll love ‘Death On The Nile’ too. So if murder and mystery is your poison, then this Agatha Christie classic will excite you with every turn of the page. So ‘The Death on the Nile’ stars the ever clever detective Hercule Poirot. And it starts with him on holiday in Cairo, Egypt. But then during a cruise along the Nile, a young heiress gets shot in the head. So the detective finds himself once again in the middle of a bloody mystery. This one is definitely for those who need a little mind-boggling mystery to brighten their days.

‘Death on the Nile’ is set to release in October. And it stars Gal Gadot, Russel Brand, Letitia Wright, among others.

‘Stargirl’ is a Young Adult novel back in the year 2000. And if we’re judging solely on the trailer, it seems to be pretty loyal to what happened in the book. Although it doesn’t show much of how the protagonist, Stargirl Caraway, is ostracized among her peers. It is still essentially a tale of finding out who you are, who you want to be, and staying true to you. No matter what other people may think.

‘Dune’ is a highly esteemed work of literary science fiction, by the author Frank Herbert. It is set in the distant future on a desert planet called Arrakis. And the story surrounds a young nobleman that is tasked with ruling an inhospitable world. But it is the only planet where the life-extending spice called “mélange” exists. And not only does it extend life, but it also enhances mental abilities and the reason why space travel is possible.

So if you’re looking for the kind of adventure that only space can bring, give ‘Dune’ a try! It set to release in December and will star Zendaya, Jason Momoa, Timothee Chalamet among others.

‘Artemis Fowl’ was originally set to release last August 2019. But it’s now scheduled to be released in May this year. And as early as last year, there have been conversations on how the film seems to be straying from the book. So let’s just hope this isn’t a Percy Jackson situation.

Now, most of you have probably been assigned this book in English class back in elementary. The Secret Garden by Frances Hodgson Burnet in 1911. So, it tells the story of a young orphaned girl who was sent to live with her estranged Uncle, whom she has never met. Although the movie seems to be more magical in nature than the original novel. It’s still a tale about children discovering what it means to be a carefree child in an often unforgiving world.

‘The Secret Garden’ is set to be released in April.

P.S. I Still Love You

And the last item on our list of books turning into movies is ‘P.S. I Still Love You’ by Jenny Han. The most-awaited sequel to the Netflix Original film, ‘To All The Boys I Loved Before’. So if you thought the first book had major love triangle dilemmas, just wait until you read (or watch) the sequel! This time Peter Kavinsky and Lara Jean now find themselves in a real relationship, and all its complications. But to make things even more complicated, another recipient of Lara Jean’s letters show up.

‘P.S. I Still Love You’ is set to release this February 12 on Netflix!

You can watch the trailer for ‘P.S. I Still Love You’ below:

So did any of the books that are turning into movies this 2020 catch your interest? We’d love to hear what you think! So share with us your thoughts in the comments down below! Or hit us up on our Facebook or Twitter @UDoUPh.