Hunger Games prequel will focus on a young President Snow

Will we find out how a fascist tyrant came to be?

It’s been 10 years since the debut of the dystopian trilogy, The Hunger Games and now, Suzanne Collins, author of the highly acclaimed books, has hinted a prequel set for 2020! And it looks like it will be focusing on the villain we all hated in the original series, Coriolanus Snow! Ohh. What interesting facts will we learn from him aside from being manipulative, brutal, and *insert all the bad adjectives you can think of*?

But first, let’s do a recap. ICYMI, President Snow is infamous for being the authoritarian president who’s keen on maintaining the status quo of Panem even to the extent of going after Katniss Everdeen and the whole District 12.

Illustration by Charles Chaisson for EW

In the first excerpt released by Entertainment Weekly, we see a young and ambitious Coriolanus as a senior mentor in the ‘Hunger Games’. And as they were calling out the mentees, what luck has he struck being paired with a girl from District 12.

Something was amiss when a Snow, who also happened to be one of the Academy’s high-honor students, had gone unrecognized. Coriolanus was beginning to think they had forgotten him—perhaps they were giving him some special position?—when, to his horror, he heard Dean Highbottom mumble, “And last but least, District Twelve girl…she belongs to Coriolanus Snow.”

Furthermore, we find out how he really became Panem’s ruler as we progress to the story. And that is by murdering his opponents until there’s no one left to compete with him. Of course, President Snow’s story wouldn’t be done without justice. Shakespearean fashion is a must!

The Ballad of Songbirds and Snakes will be the title of upcoming prequel and is scheduled to arrive real soon⁠—May 19, 2020, to be exact! Suzanne has also alread unveiled the book cover which includes the iconic golden mocking jay and a golden snake intertwined with it. 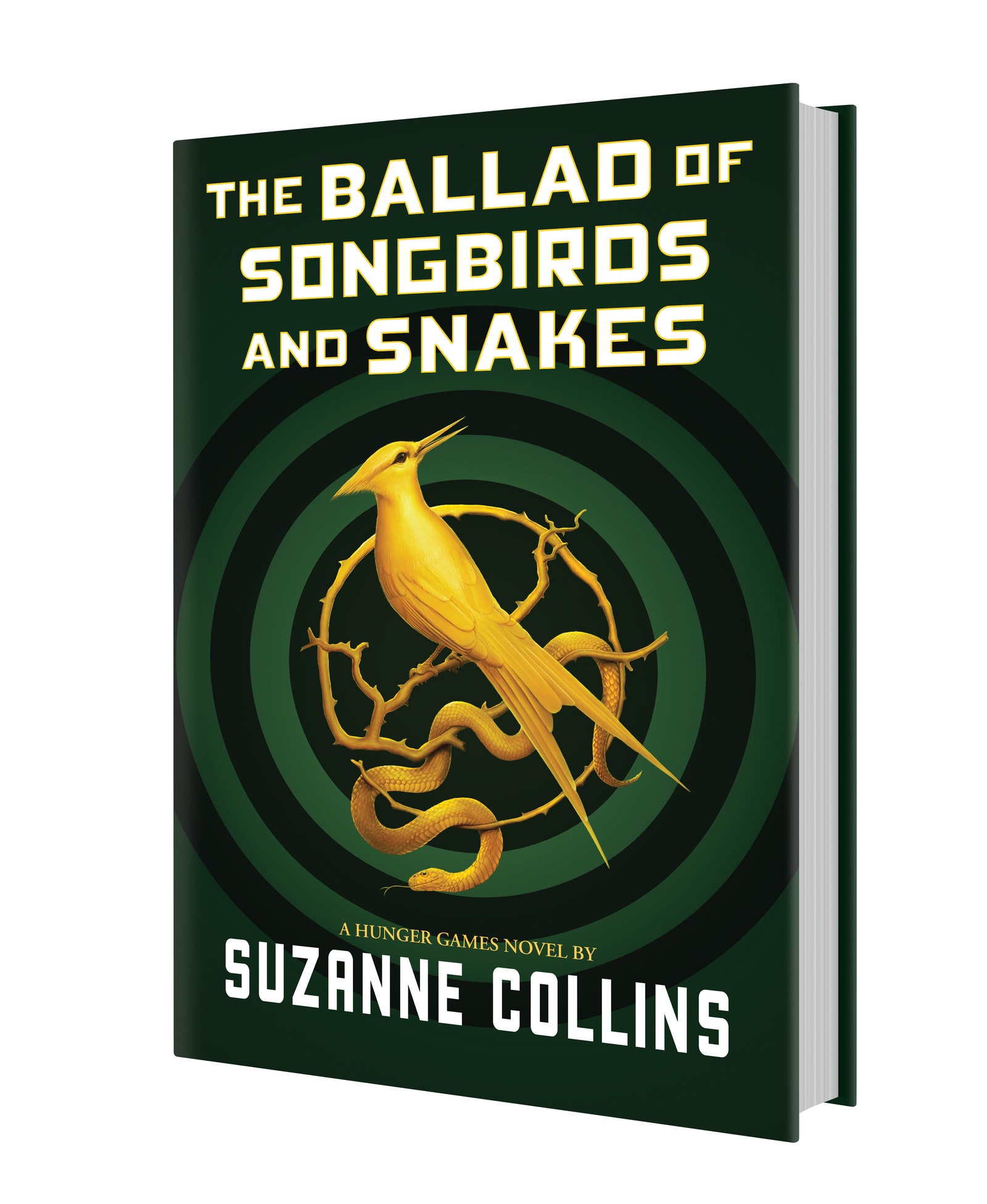 What do you think of the Hunger Games prequel focusing on the young President Snow? Will you be watching the film when it’s out?