ENCORE FEATURE: Maroon 5 is back with new music!

Maroon 5 is back with new music!

THIS JUST IN! Maroon 5 might be returning with new music! Are you excited as much as we are? Check out the full details here:

Okay, guys, you’re going to love this one ‘cuz a famous 2000-ish band just dropped a major throwback this Thursday. Apparently, Maroon 5 is making a comeback this 2019! How did we know? Well, lead vocalist of the band, Adam Levine, hinted on Twitter some juicy deets of their upcoming song.

So Adam Levine took it to Twitter to share a photo of a hand rummaging through a box full of memories with the caption: “#Memories 9.20.19″. Fans are speculating that their new song might just be titled, ‘Memories’ based on this tweet by Adam. In addition, many (including us) are expecting that this song will be coming out on September 20, 2019. And it’s making us squeal with joy! So don’t disappoint us Maroon 5, we’re crossing our fingers!

Maroon 5 also tweeted a handful of throwback pics featuring the band and their fans. Proceed with caution because extreme nostalgia is coming your way! 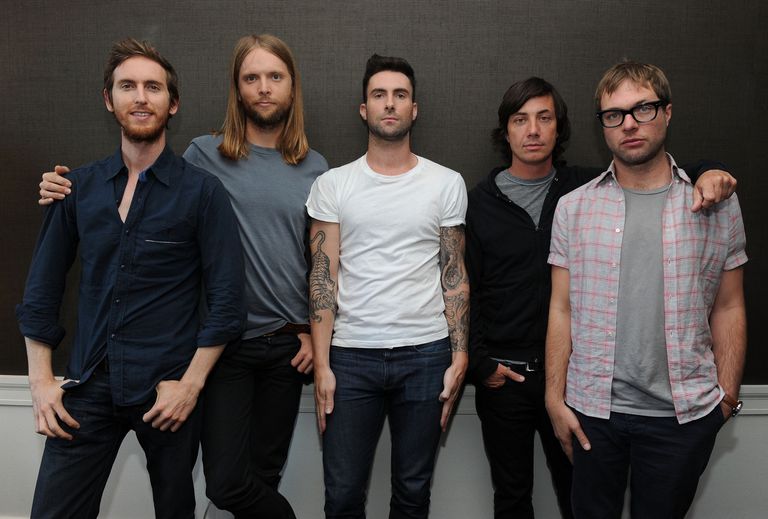 Well, it’s a no brainer if you’re asking who this band is. But still, we’re serving you a short rundown of the band throughout the years. Maroon 5 is an American pop rock band from Los Angeles, California. The band first came together when they were still in high school in 1994 as Kara’s Flowers. It consists of lead vocalist Adam Levine, keyboardist and rhythm guitarist Jesse Carmichael, bassist Mickey Madden, lead guitarist James Valentine, drummer Matt Flynn, keyboardist PJ Morton, and multi-instrumentalist Sam Farrar.

Since then, the band has been captivating the hearts of many fans with their top hits like Sugar, She Will Be Loved, This Love, Sunday Morning, and much more!

Last time we heard from them was in their hit single, ‘Girls Like You’. So we’re pretty much excited for this one and we’ve got a ton of questions running through our minds. Is this going to be another single? Or is it going to be part of an upcoming album? We know you’re wondering too, so better stay tuned for more updates!

Are you excited about Maroon’s new music? We know we are! What do you think of the band’s throwback moments? We’d love to hear from you! So share with us your thoughts on the comments below or hit us up on our Facebook or Twitter @UDoUPh.