The UP Fair 2019 is almost here! ‘Rak N Rally’ will be featuring acts you all shouldn’t miss.

The University of the Philippines is back for its yearly amazing fair. Everyone always awaits the exciting happenings at the UP Diliman Sunken Garden. From February 12 to 16, here’s what you should watch out for the UP Fair 2019 ‘Rak N Rally’.

The Tatsulok happening on the first day of the UP Fair on Tuesday, February 12 already has an amazing lineup to kickstart the festivities! All-time favorite OPM bands 6cyclemind, Sandwich, Callalily, and Mayonnaise would be there to rock everyone’s hearts out. Juan Karlos, Gracenote, I Belong To The Zoo, Munimuni, Fourplay MNL, and so much more amazing artists would join in on the fun as well.

Parokya Ni Edgar, Gloc-9, Spongecola, Itchyworms, Rocksteddy, and Pusakalye would be capturing everyone’s ears on the second day of the UP Fair 2019. Joining them for Elements happening on February 13 is Tanya Markova, BennyBunnyBand, Chicosci, The Ridleys, and more!

It just keeps on getting better! For the third day happening on Valentine’s Day, we have Franco, Hale, Rivermaya, and South Border for Roots. Of course, This Band, Imago, Shirebound and Busking would be there to serenade the attendees too.

Cosmos happening on February 15 will be giving you Silent Sanctuary, Ben&Ben, and along with other artists who also performed for the other fair days. We also have Over October, Lola Amour, The Ransom Collective, Soapdish, and more!

To end such an amazing fair, UP Fair 2019 is giving us the Rev Music Festival on Saturday, February 16. Witness the performances of Ultra Combo, Slapshock, Wilabaliw, Bullet Dumas, and more!

Do you have your tickets already? You better have yours already because sadly, tickets for Cosmos is already sold out! And I’m telling you, the UP Fair is something you shouldn’t miss.

Are you attending the UP Fair 2019? What day are you going to? Or have you decided to not miss any of it? Tell us in the comment section below! You can also send us a message on Facebook or Twitter @UDoUPh. 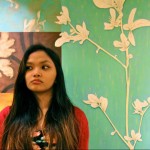